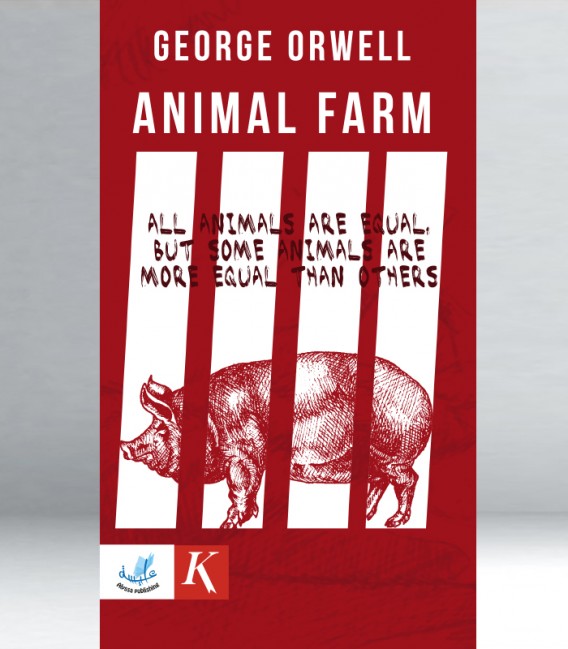 After that it did not seem strange when next
day the pigs who were supervising the work of the
farm all carried whips in their trotters. It did not
seem strange to learn that the pigs had bought
themselves a wireless set, were arranging to install
a telephone, and had taken out subscriptions
to ‘John Bull’, ‘Tit-Bits’, and the ‘Daily Mirror’. It
did not seem strange when Napoleon was seen
strolling in the farmhouse garden with a pipe in
his mouth — no, not even when the pigs took

Mr. Jones’s clothes out of the wardrobes and put

them on, Napoleon himself appearing in a black
coat, ratcatcher breeches, and leather leggings,
while his favourite sow appeared in the watered
silk dress which Mrs. Jones had been used to
wearing on Sundays.