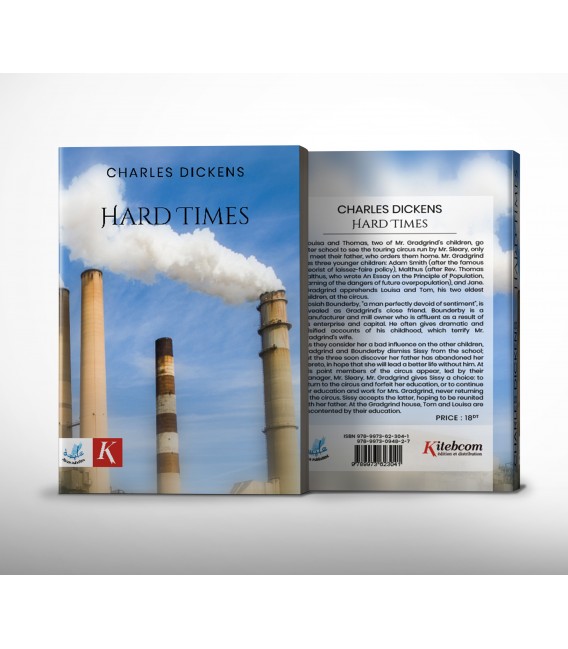 Louisa and Thomas, two of Mr. Gradgrind's children, go after school to see the touring circus run by Mr. Sleary, only to meet their father, who orders them home. Mr. Gradgrind has three younger children: Adam Smith (after the famous theorist of laissez-faire policy), Malthus (after Rev. Thomas Malthus, who wrote An Essay on the Principle of Population, warning of the dangers of future overpopulation), and Jane.
Gradgrind apprehends Louisa and Tom, his two eldest children, at the circus.
Josiah Bounderby, "a man perfectly devoid of sentiment", is revealed as Gradgrind's close friend. Bounderby is a manufacturer and mill owner who is affluent as a result of his enterprise and capital. He often gives dramatic and falsified accounts of his childhood, which terrify Mr. Gradgrind's wife.
As they consider her a bad influence on the other children, Gradgrind and Bounderby dismiss Sissy from the school; but the three soon discover her father has abandoned her thereto, in hope that she will lead a better life without him. At this point members of the circus appear, led by their manager, Mr. Sleary. Mr. Gradgrind gives Sissy a choice: to return to the circus and forfeit her education, or to continue her education and work for Mrs. Gradgrind, never returning to the circus. Sissy accepts the latter, hoping to be reunited with her father. At the Gradgrind house, Tom and Louisa are discontented by their education.